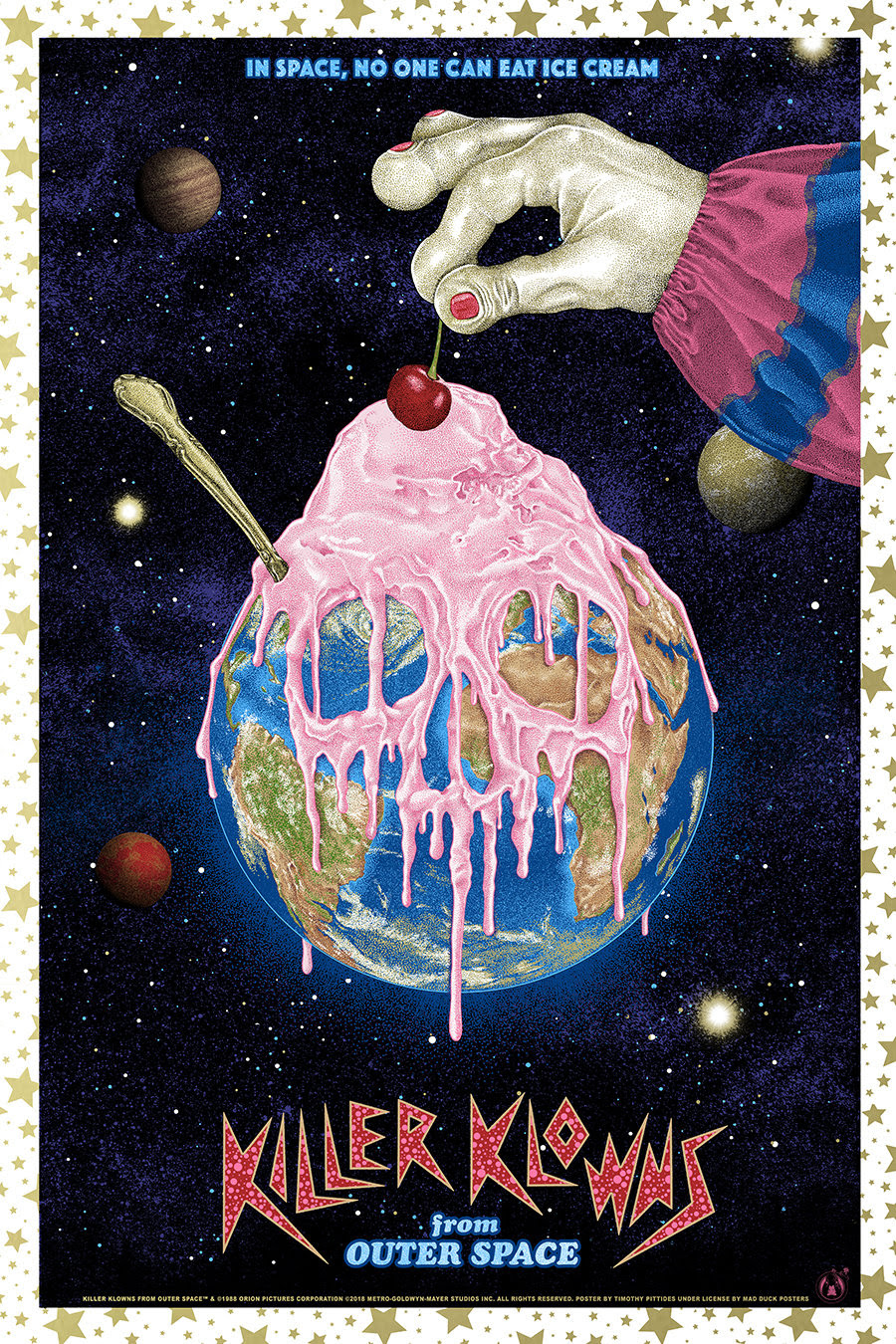 Curtis Mooney has seen a lot as a police officer in the small college town, but killer clowns isn’t one of them. On an otherwise peaceful night, the town’s residents become fodder for the alien creatures, leaving only a handful of college kids, including Mike and Debbie, as well as Officer Dave Hansen. Herea are a few movie mistakes to look for while watching “Killer Klowns from Outer Space”.

· The smaller clown with the green spiked hair rides up to the motorcycle gang on his mini-bicycle. One of the gang members destroys the bike and the clown brings out his boxing gloves. In the close-up, the clown is waving his hands and turns in a circle. When he’s facing toward the left, the silver zipper on the back of the head can be seen.

· Debbie is in the bathroom getting ready to take a shower. The dress she’d been wearing is on top of the clothes hamper and there’s no popcorn on it. Debbie picks up the dress and puts it in the hamper. The close-up view shows there are now several pieces of popcorn covering the dress.

· Mooney is at the police station when one of the clowns comes in. The clown offers yellow flowers to Mooney which squirt water in his face. In the close-up of Mooney, when he says, “So you want to play games?”, the yellow flowers are still in front of him. It cuts to a view of Mooney and the clown and the flowers are gone.

· Mike, Debbie and Dave are in the alien spacecraft, trying to escape. They slide down a fire pole. A view of Dave as he starts to slide down, shows his gun is in his right hand. The view of him when he lands shows the gun is no under his left arm.

Get your copy of "Killer Klowns from Outer Space" here:

Content copyright © 2019 by Isla Grey. All rights reserved.
This content was written by Isla Grey. If you wish to use this content in any manner, you need written permission. Contact Isla Grey for details.

Stop by our forums to share the mistakes you´ve discovered, I would love to hear about them!